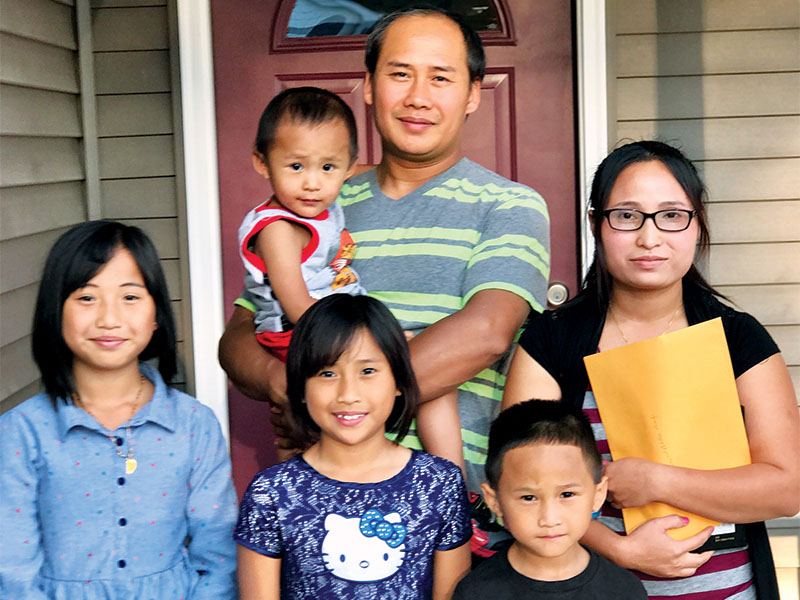 Building Hope for the Future

Aye Wah and her husband Thoo Lay moved into a two-bedroom apartment on the southeast side of Fort Wayne five years ago. At the time they had two small children, and it was just enough space for the young family.

But Aye Wah said she told herself years ago after going through the work of packing up belongings and moving small children, “If I move again, I will buy a house.”

Since then, the family has grown to four children – two girls, ages 9 and 8, and two boys, 5 and 2. And in addition to the cramped conditions of six people living in a two-bedroom apartment, there was no good place for the children to play safely outside.

When the family recently received the keys to their new two-story, three-bedroom home in Fuller’s Landing, Aye Wah and Thoo Lay spoke about the fear they experienced moving to America as refugees from Burma. They didn’t know if they would even be able to afford food or clothing, let alone have a safe place to live.

But the family has come a long way since those first years in America, and they have worked hard to become first-time homeowners. They said they are grateful to Habitat and all the volunteers who helped make it possible for them to buy a new home in a safe community where they can raise their children.

“We are grateful to Habitat and all the volunteers who helped make this possible,” they said.