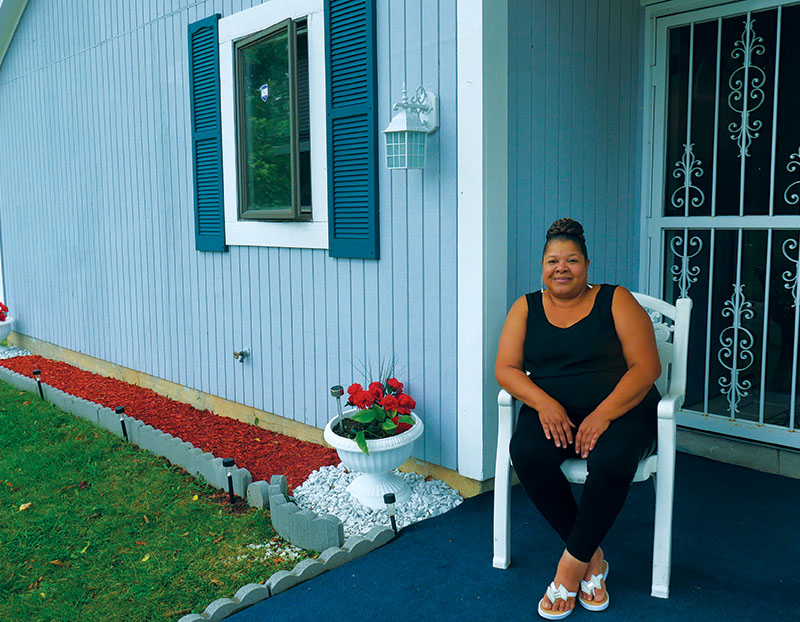 Stability was hard to come by for Cecilia Thomas in the late 1980s.

The hardworking divorced mom was raising three daughters on her own. And on her single income from Magnavox, she was just getting by with enough to pay the rent and feed her girls.

Her family had become accustomed to moving every few years when rent would go up. Cecilia said before she found Habitat for Humanity, the family moved at least six times.

But the stability she found through homeownership changed all that.

Cecilia became the first Habitat homeowner in Allen County in 1987. She paid off her mortgage several years ago and plans to remain in the home that provided a strong foundation for her family over the past 30 years.

She said her Habitat home allowed her to keep her girls in the same schools as they grew. And she credits the fact that two of her three daughters graduated from college to that constancy of home in their lives.

“My youngest told me one day, ‘Mom, I want to thank you for keeping us in one place,’” Cecilia said. “If it hadn’t been for Habitat, I probably would have kept renting and moving around.”