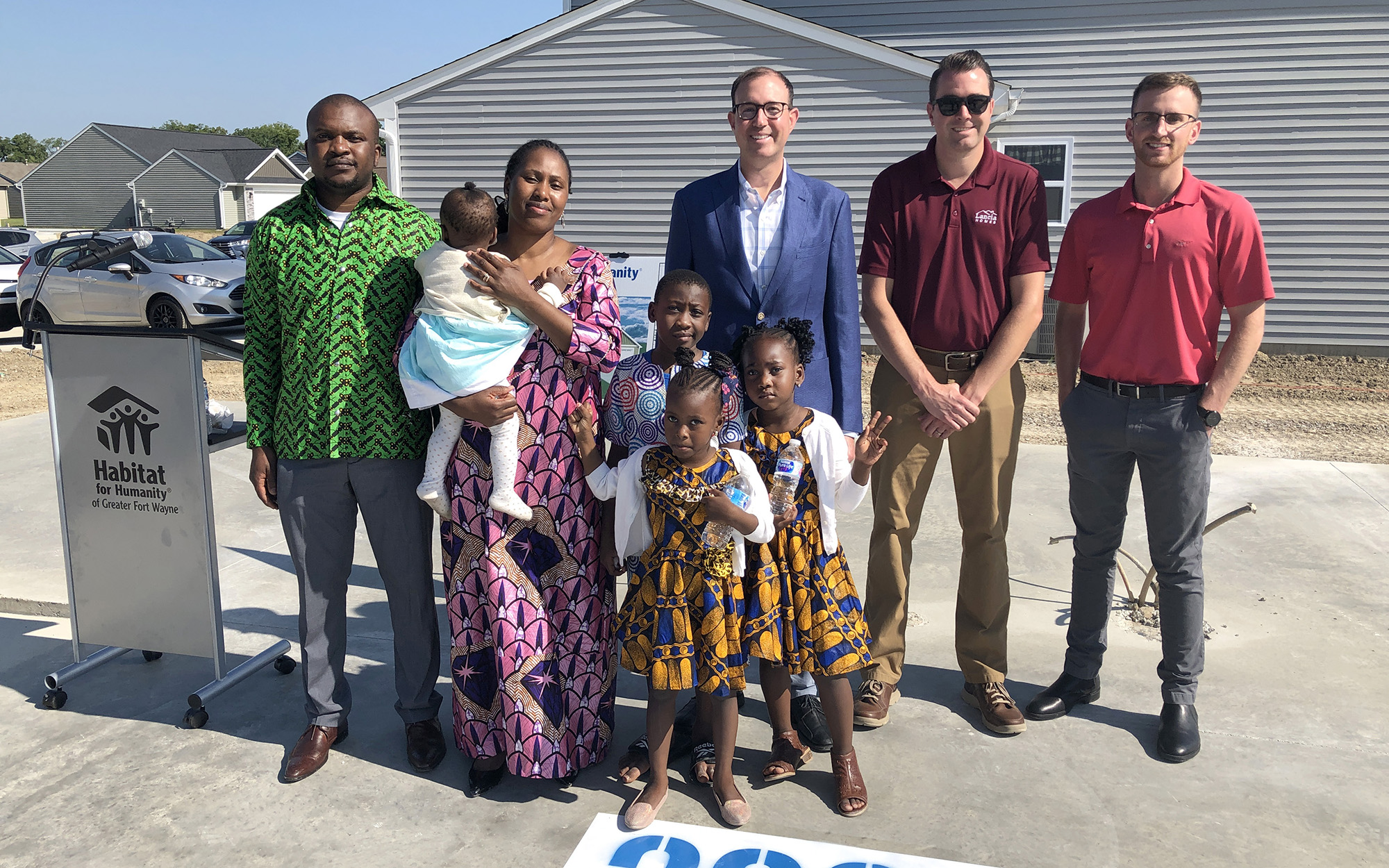 Pathy and Margueritte emigrated from the Democratic Republic of the Congo and in 2010 became United States citizens. Since then, they’ve had four children, had outgrown their apartment, and didn’t always feel safe where they lived. It was their dream to become homeowners and provide their kids with a place to call home — a place to make memories.

In their free time, the Mimpongos love cooking together, especially traditional African barbeque. Margueritte also spends a lot of time educating her children, which is one of the things she’s most proud of. The kids love playing in water during the summer, and their son Israel loves soccer.

A big thank you goes to the volunteers and donors. We really appreciate their time, service, and money. They will always be in our prayers. We pray that God grants them good health, finances, and happiness. 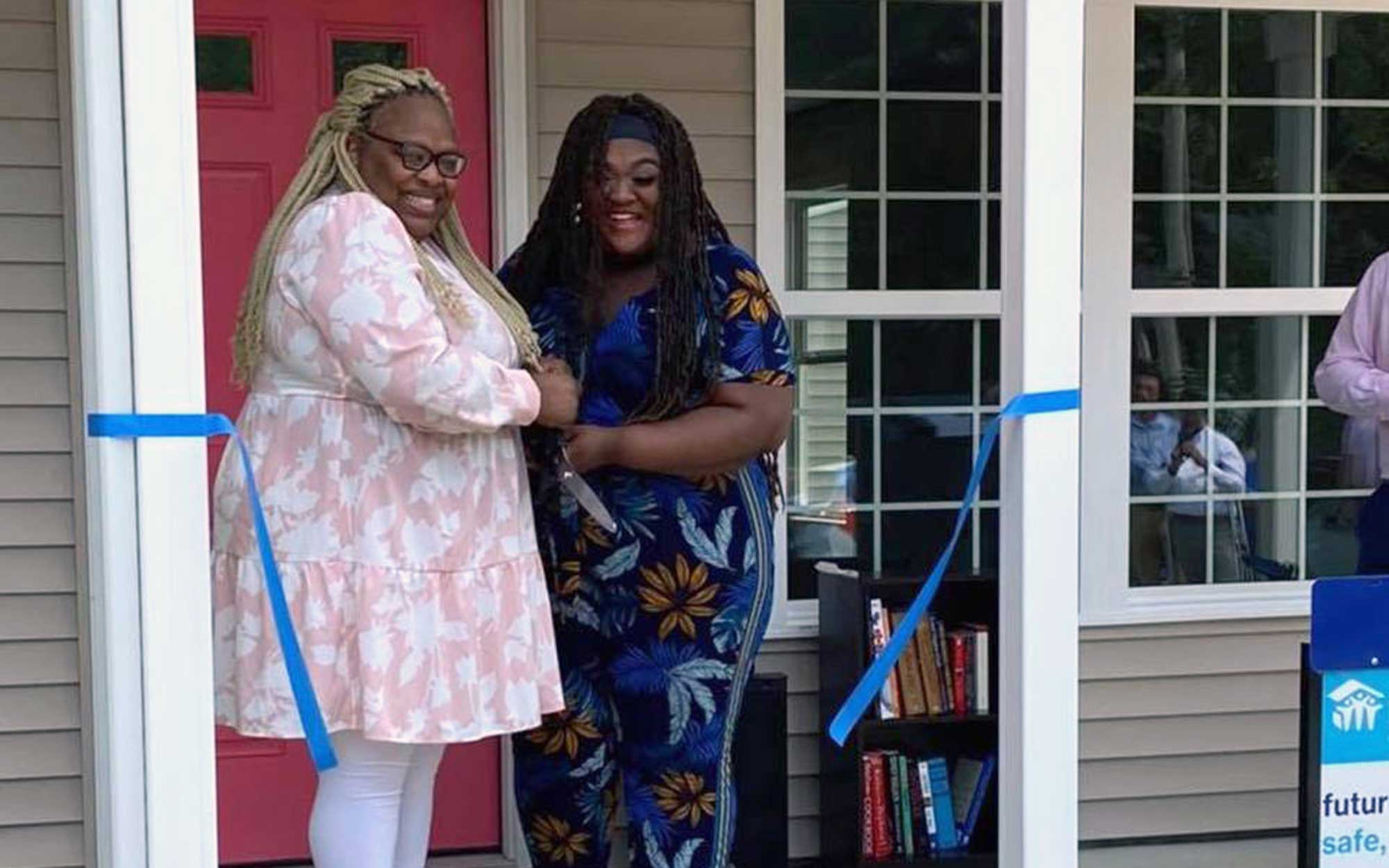 Lukesha Bradford is one of the kindest people you’ll meet. She is a full-time caretaker with AID of Indiana where she assists people with intellectual and developmental disabilities. She loves her job, every day is something new, and she feels like those she cares for are an extension of her family. Lukesha describes her household as 2-1/2 people which includes her daughter A’Zirea (“Z”), who just graduated high school, and their dog, Baby Phat. 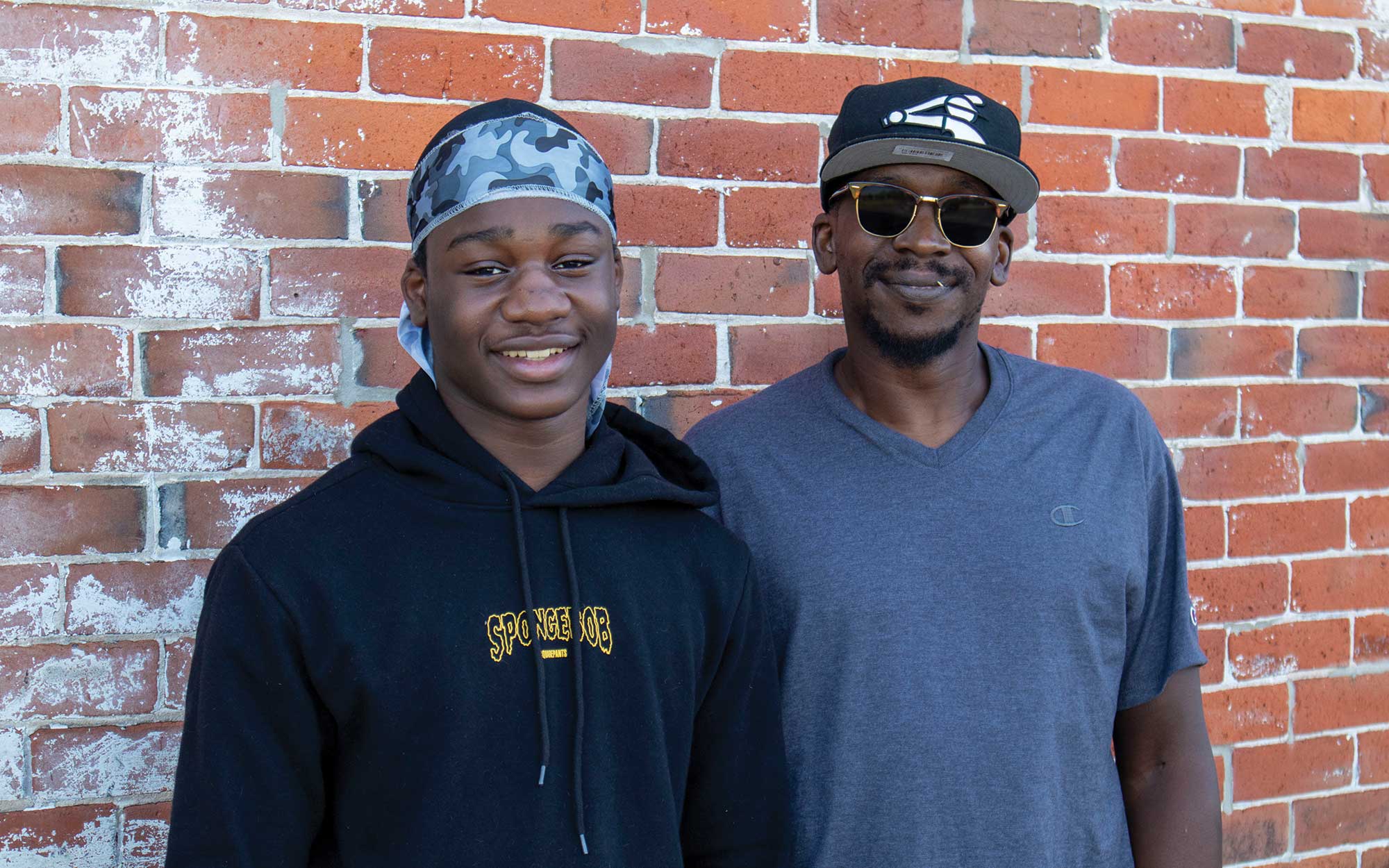 Tyrone Davis is a hard worker and ready to reach his goal of homeownership and learn all he can through the Habitat process. Homeownership means he can provide a stable foundation not just for himself, but for his sons De’marco (22) and Dy’Quan (14). Tyrone believes that becoming a homeowner will be the physical representation to prove to his sons that “no matter what you go through you can make it.”

“I’m so thankful and grateful for all the work you’ve done to help me take the next step in my life.” 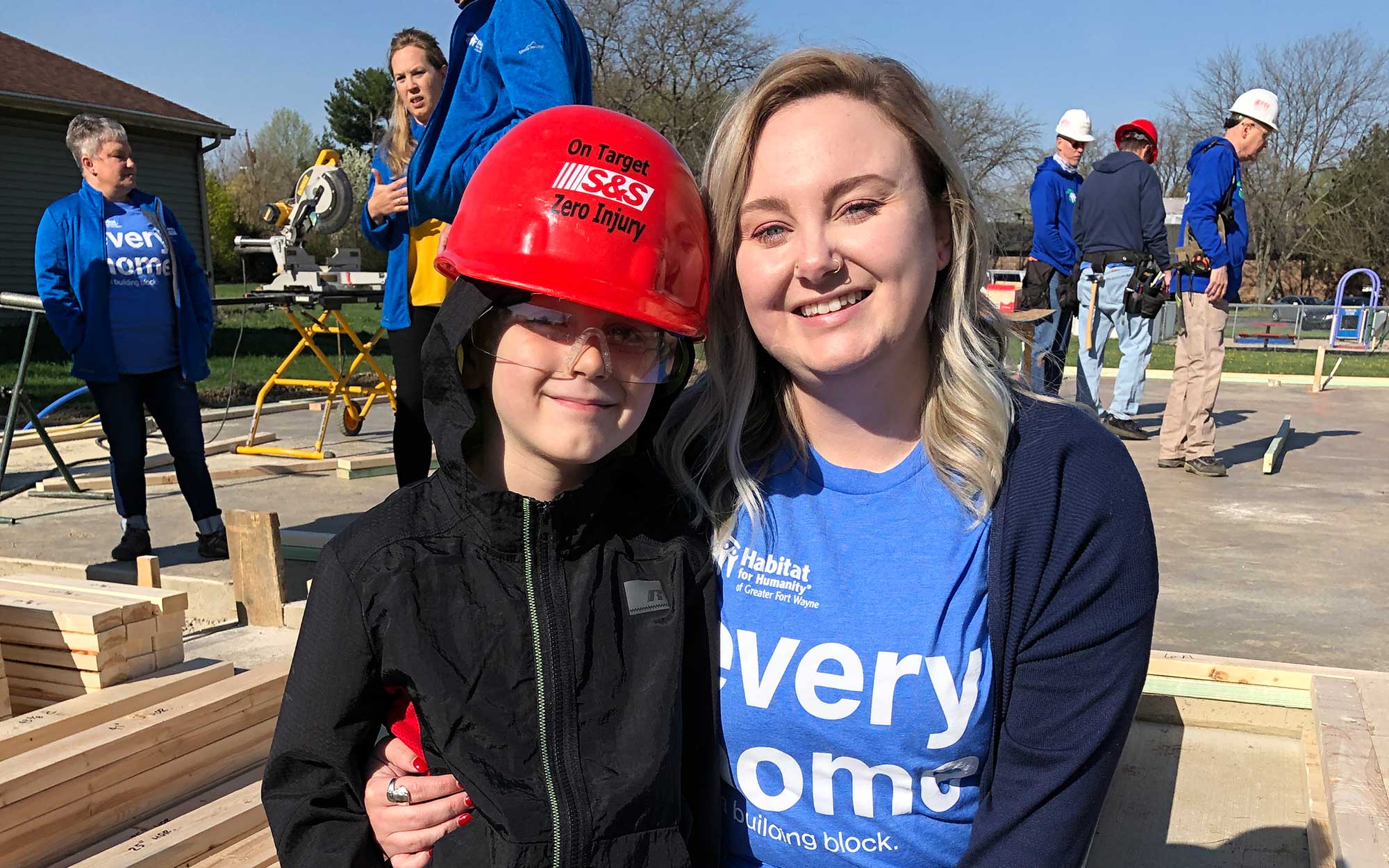 Ashlee currently works full time at the Bowen Center and is a graduate from IndianaTech with a Bachelor’s degree in Psychology. As a family, Ashlee and Theo love the outdoors. They enjoy going on walks, visiting the park, and going to the zoo.

Ashlee wants to become a homeowner so she can begin investing in her future and give her son a place he can call home. She’s looking forward to making decisions about her home, the ownership that comes with being a homeowner. As a lifelong Huntington resident, she’s especially excited to plant her roots in the town she grew up in.

“Thank you for taking time out of your busy lives to assist in this next step for me and my son’s lives. It means the world to me.” 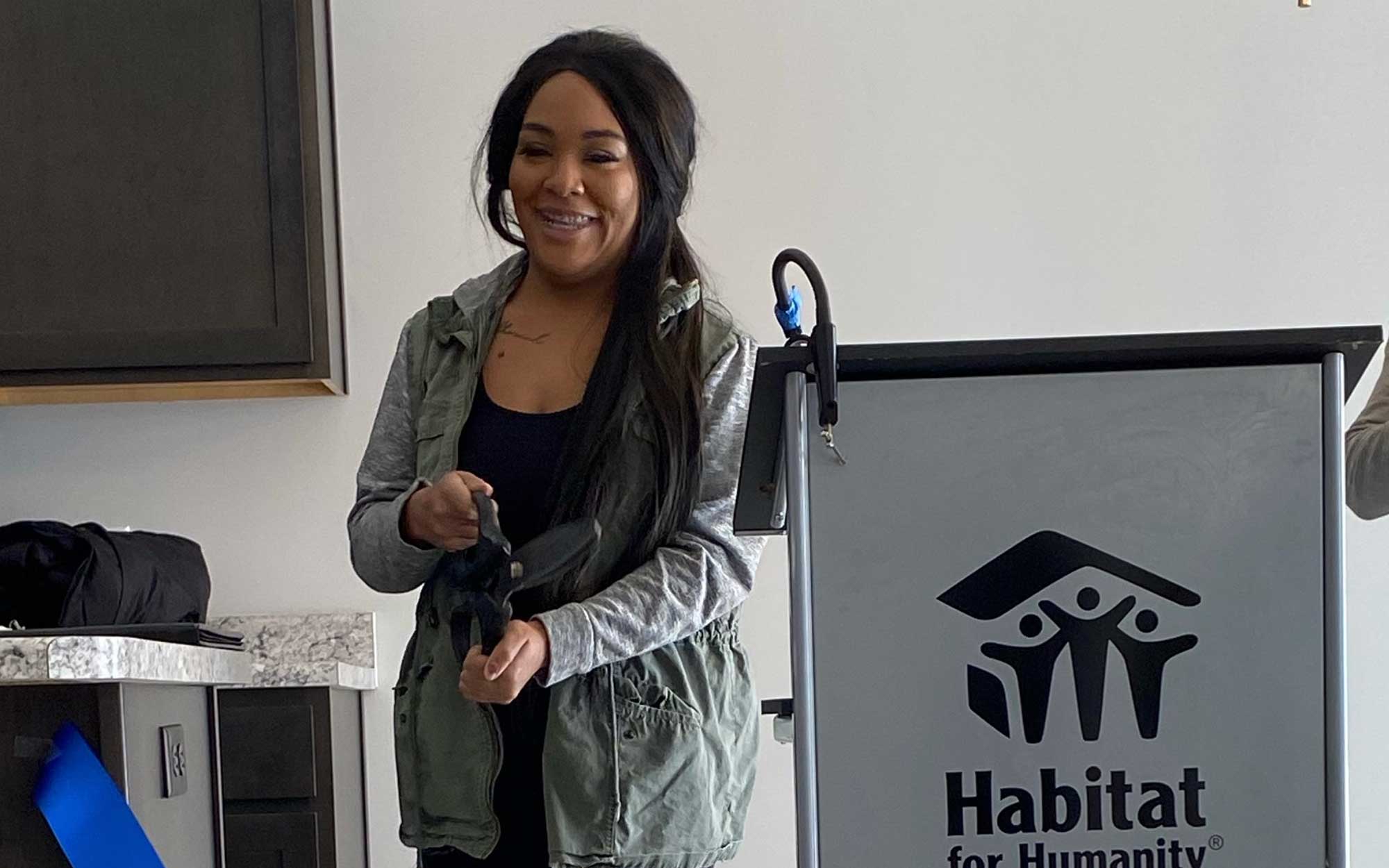 Kalah is a hard-working and selfless woman who has a servant heart. She’s an ABA therapist who works with children with autism. She’s particularly close with a 12-year-old client of hers who lives with his elderly grandma who has asked Kalah to care for her grandson once she dies. Kalah says having a Habitat home will allow her to accept that responsibility and give the child a safe and stable place to be cared for.

When she’s not working, Kalah loves being active outdoors. She says she’s excited to have something that is truly her own – something she can be proud of.

“You will never know how grateful I am for each and every one of you. You continue to change lives everyday. I don’t want to just say thank you for me, but for everyone you have helped. You have given me the opportunity to give a 12-year-old child with autism a safe place to be when his grandmother needs help or a break. For that, I am so so so thankful. He means the world to me and I want nothing more than for him to have this too. Thank you from the bottom of my heart!”

Yes! I'd like to receive a monthly newsletter about what Habitat is doing in the community, updates on partner families, special builds, upcoming events, and more.